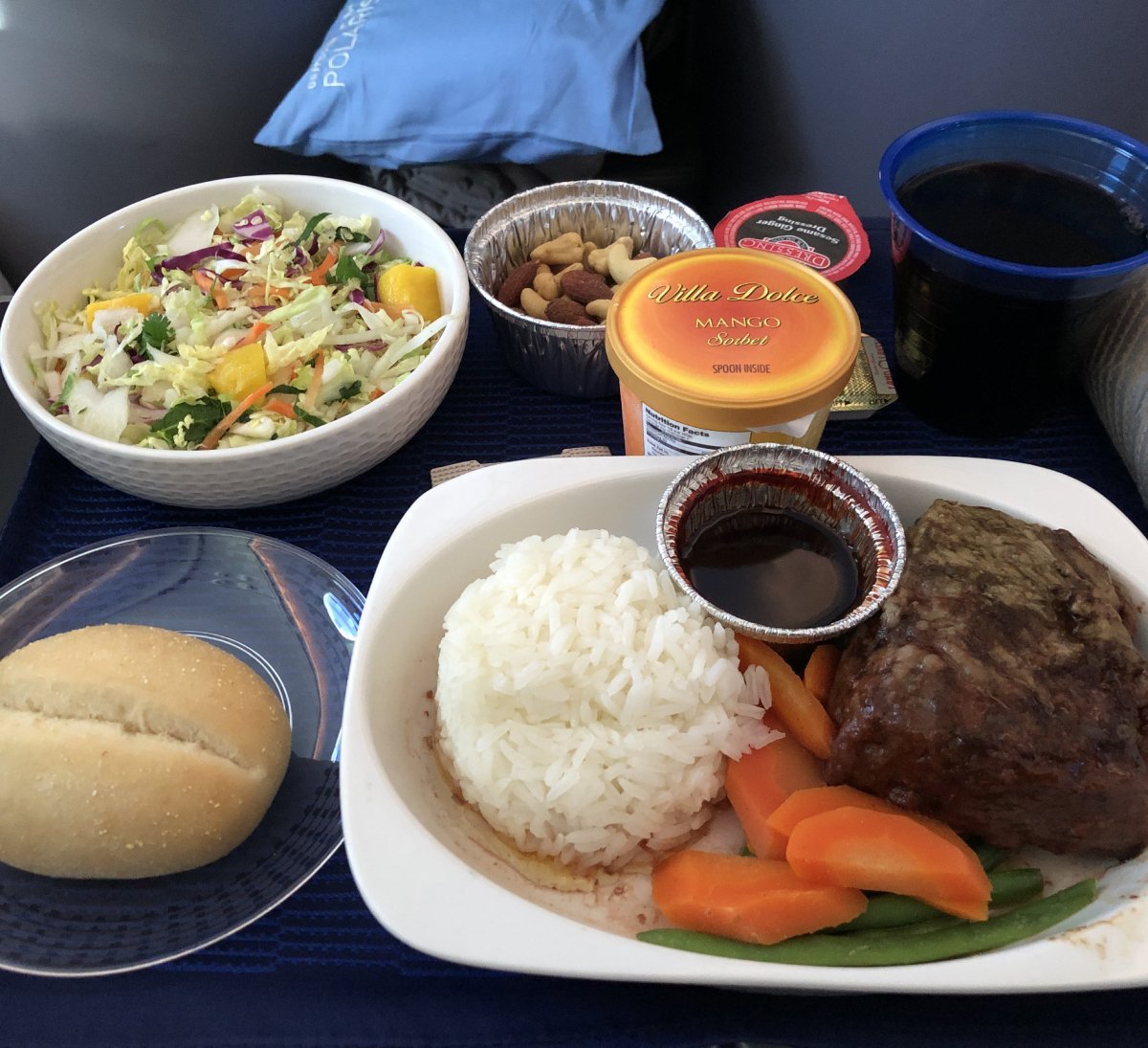 With Summer 2021 in full swing travel is just at the beginning of it’s comeback. While the world may not be fully open yet the destinations that are have seen a huge uptick in tourists, especially Americans waiting to travel.

On this trip I was making my way across the pond for the first time in over a year. Naturally I wanted a get away with amazing food but also a city that needed tourists to bring back its vibrant life.

I decided on making my way to Rome and next came the fun part. How should I get there?

Three of the major carriers including Delta, United, and American all fly nonstop to Rome from Newark Airport. After considering the options a few weeks out I found a relatively affordable business class ticket on United and decided to snag it before prices went up. This was a great call because as soon as Italy eased restrictions a week later prices went up significantly.

Read: The Best Airlines To Fly Into Rome, Italy

I was all set to fly on United 787-9 Polaris Business Class from Newark to Rome at the beginning of July. The last time I flew United was on the 787-10 from Newark to Frankfurt, which was one of the best flights I’ve taken on an American carrier. Easy to say I was excited about this flight especially the on board meal since I weirdly missed airplane food after so much time off.

Upon doing some research I knew this would not be the same experience I had in early 2020. In July of 2021 the United Polaris Business Lounges are still closed and the hard product on my flight was still the old business class product. With my mind on Italy I didn’t mind at all and looked forward to seeing what this plane was like.

As I arrived to the airport a bit early I made my way through security in minutes. I was flying on July 4th after all, usually a slow travel day.

Give the business lounge was closed I made my way to the United Club in terminal C to check it out. Now I know we are still in a pandemic but the club was nothing special, especially the lackluster food offering.

Again, this was not normal times so I didn’t have much to complain about and was just glad to be back on the road.

We boarded the flight with no issues and we were off.

On this particular flight United was still not passing out menus. The cabin crew came around and briefly explained the options. Sadly, no welcome drink was offered either.

I decided to go with the short rib and my partner the butternut squash ravioli (vegetarian option).

The meal arrived all on one tray and had a rather “economy” feeling to it. However, upon opening it ended up looking better than I expected.

All in my dish didn’t look half bad. The short rib was paired with rice and veggie, also some type of sauce that was actually delicious.

Upon closer look I could tell the short rib would be tender but I had yet to cut into it at this point.

The side salad was not bad either and had a few welcome pieces of mango inside.

The short rib was easy enough to eat with just a fork as it pulled apart rather nicely. The the pairing of simply white rice and veggies didn’t overpower the main source of meal and thesauce also went well with the whole dish.

For dessert United served this mango sorbet, which was welcome since I’m not usually a huge fan of eating too much ice cream. However, the sorbet was just ok and I didn’t end up eating much of it.

After the meal I decided to catch some sleep before we arrived into Italy. I made sure to set an alarm so I didn’t skip breakfast since I couldn’t miss out on reviewing what they served.

The breakfast options were simply an egg dish or a box of yogurt with cereal. Of course I opted for the hot option since I’m not a huge fan of cold breakfasts. Eggs were especially what I was looking for since I didn’t expect to get much in Italy with their traditional sweet pastries for breakfast.

I couldn’t exactly tell what type of eggs I was being served but it reminded me of the a Starbucks sous vide egg. These were paired with sausages, tomatoes, and a marinara sauce.

Breakfast on airlines is usually a bit underwhelming and I would say this dish fit right in that category. It filled me up and dare I say I would order it again but it was nothing to look forward to.

Lastly, I got some fruit with my meal that I happily finished before we landed into Italy.

Overall, the food was a bit too basic for what I expected in business class. Especially when I compare it to the dishes I got served on my United Polaris flight to Frankfurt, this wasn’t much of a highlight.

In the week leading up to my flight Italy announced an easing of restrictions allowing vaccinated Americans to enter without testing again. While I was initially skeptical about how smooth this will go to my surprise immigration would be a breeze.

Again, this was a very early post pandemic flight so I didn’t really care much about the food. I was just happy to be back in Rome and traveling again!

As more and more travelers get back to the sky I expect United will continue to up their food game. Until then we can all cut the airlines some slack and enjoy the ability to move around once again.