The Best Airlines To Fly Into Tel Aviv, Israel 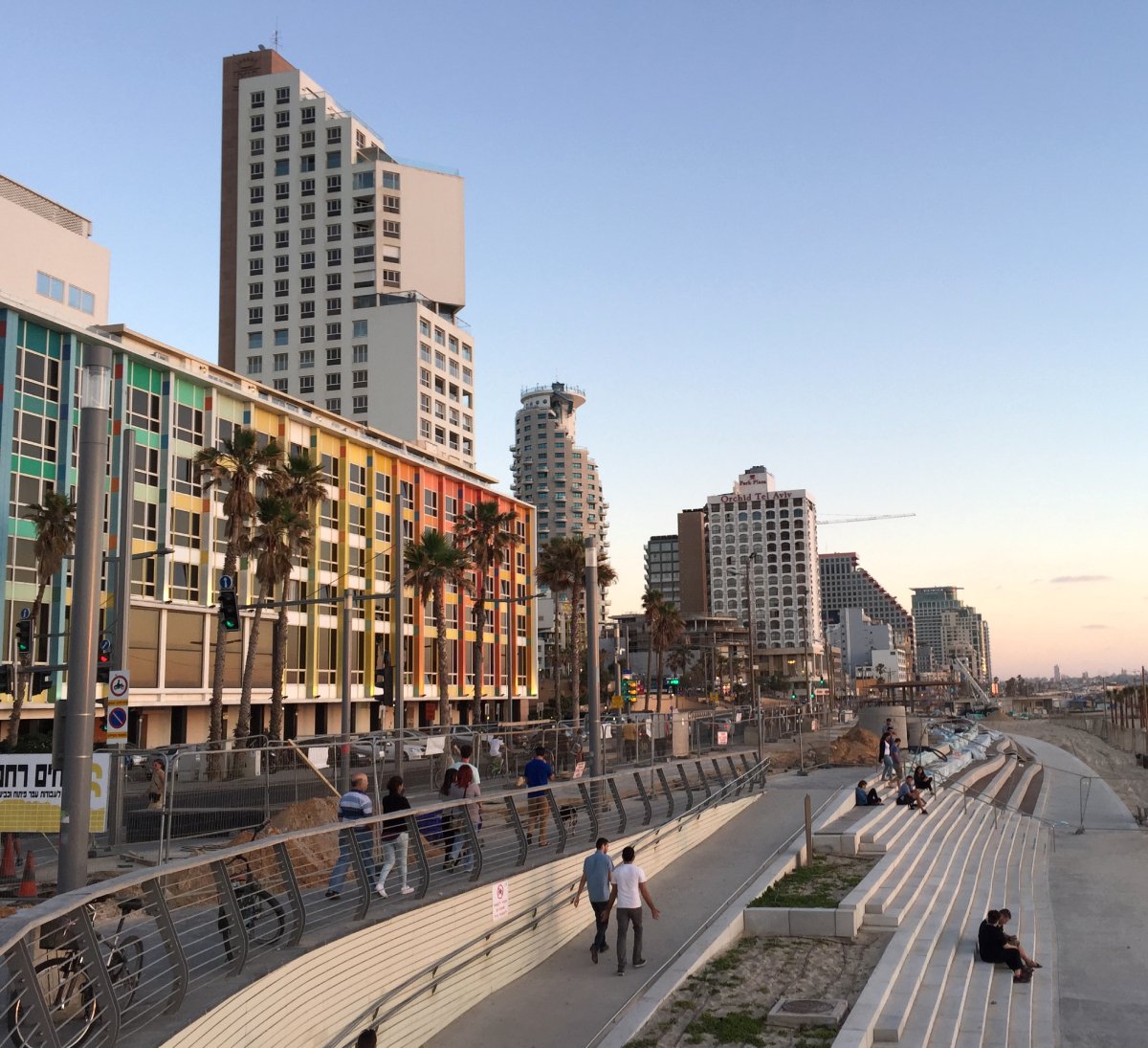 Tel Aviv is the metropolitan hub of Israel and the second most populated city. The city sits on the Medeteranian coast and is known as the “Miami of the Middle East”. If you are planning to visit Israel Tel Aviv is a must stop and we will tell you the best way to fly there.

Tel Aviv is serviced by one main international airport Ben Gurion. All commercial flights coming into the region will fly through here and the airport connects to many countries throughout the world.

If you are flying in from the US be prepared that flights to Israel involved two security checks. This means you will go through normal airport security as well as additional screening before boarding. We recommend going to the boarding area about an hour before take off to give yourself enough time to get through.

4 Major airlines offer service to Tel Aviv, across a number of major US cities.

This means that if you are flying from anyone else you are most likely going to connect here or in other parts of Europe.

Tel Aviv offers plenty of connectivity throughout US cities so you shouldn’t have trouble finding a flight. Note that flying to Israel is usually not much cheaper than $1,000 in economy so plan ahead to find reasonably priced tickets.

No airlines currently offer service in first class to Tel Aviv. The only option would be to connect via Europe on British Airways, Swiss, or Air France but we don’t recommend the added time just for first class.

Delta A330 is flying a fully retrofitted aircraft with the signature new Delta One Suites. In our opinion these seats are unmatched against any US airlines (even United Polaris) and if you can snag a seat on this route you won’t regret it. From the amount of space you get, to the food, to even a personal door the privacy on a Delta flight is the best you can get to Tel Aviv.

United Polaris Business Class is one of the most comfortable and private seats to fly across the Atlantic. We’ve flown it multiple times from Newark to Frankfurt and indulged in the amazing Polaris lounge prior to takeoff.United fly the largest aircraft on this route too, which is the 787-10 nonstop to Tel Aviv. The cabin is in a 1-2-1 layout with each seat having aisle access and enough privacy. We would easily say it’s one of the most prized business class from the US to Tel Aviv.

El Al is Israels flagship carrier and hasn’t been known for offering the best luxury experience. However, their 787 Dreamliner have an ultra modern and comfortable interior that would be perfectly comfortable for a 10 hour flight. If you find your route doesn’t have a 787 then we wouldn’t recommend it compared to the other options that offer service.

All 4 major airlines have reputable business classes and we don’t suggest taking a longer route just to pick one over the other. But if you are coming from a major city that offers more than one, we think it’s good to compare before you go.

We have to give it to Delta again flying their new premium economy seats on a nonstop flight to Tel Aviv. While the unfortunate news is these seats are not cheap and do not offer complimentary upgrades from main cabin, they are still the most comfortable way to fly outside of business.

United is a standout with the plane flying to Tel Aviv looking to have the most comfortable economy class. The layout is a 2-3-2 while most others offer a 2-4-2 layout. Again this won’t make a major difference, especially if you are able to snag one of the 2 seat sections on any of the other airlines. However, on a full flight you will definitely notice a roomier cabin even if the plane is a bit smaller compared to an American 787.

With many different airlines offering service to Tel Aviv this is great news for consumers. In our opinion if you can score either Delta or United Business Class the added privacy would be hugely beneficial. Outside of those the remainder of the options tend to be fairly similar and you should have a comfortable trip regardless of which you choose.