Flight Review: Lufthansa A321 Business Class from Istanbul to Frankfurt 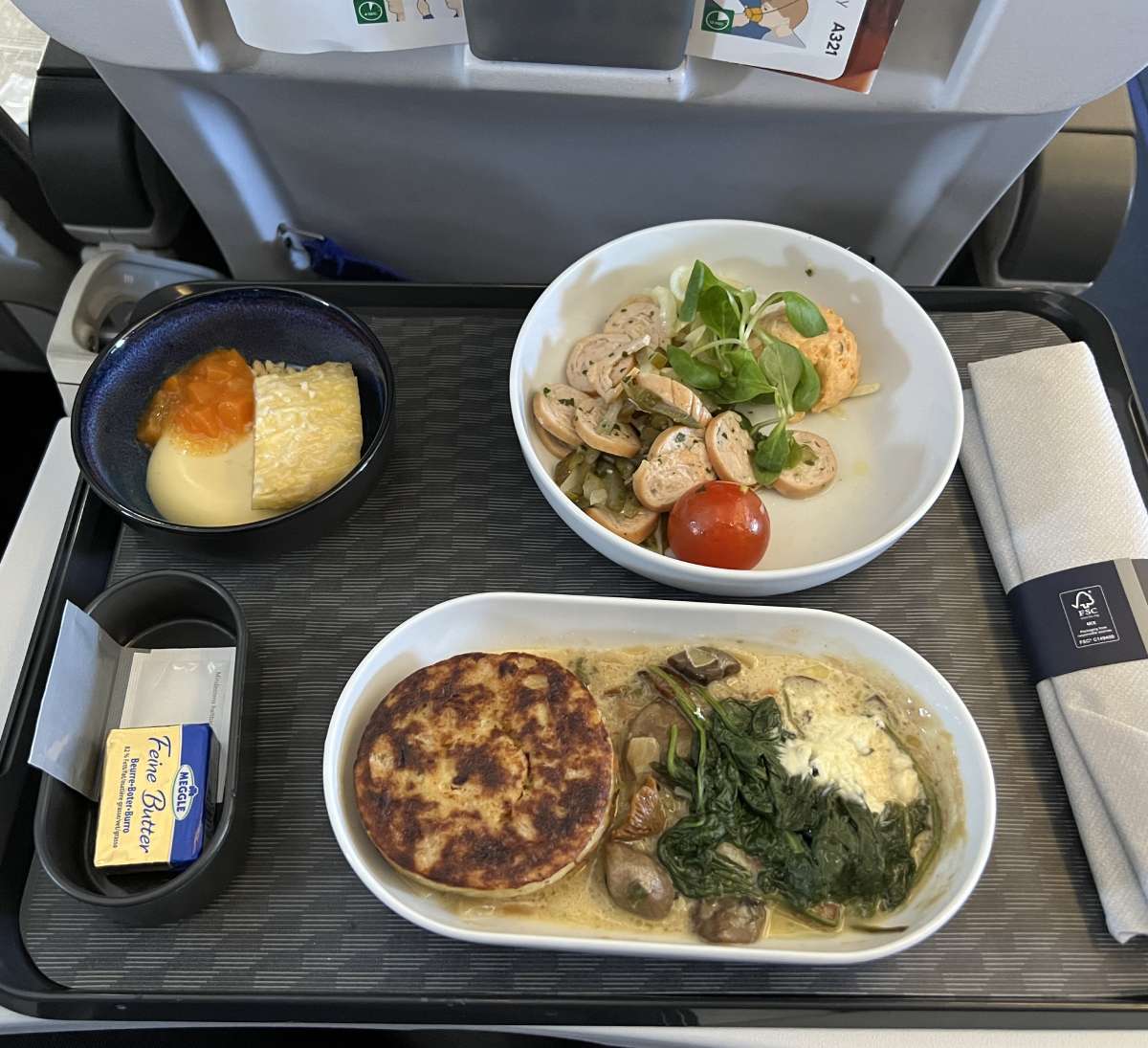 I don’t normally fly Lufthansa but given I was trying to get to New York from Istanbul it was one of the better options for a cheap business class fare with a short layover in Frankfurt.

This flight would take about 3 hours from Istanbul to Frankfurt on an A321 aircraft with a “European Business Class” configuration.

For those unfamiliar with “European Business Class” it is effectively the term to describe the underwhelming short haul business class experience made famous by airlines like British Airways, Air France, Lufthansa, and a few others. The experience is effectively economy seats with the middle seat left open and a slightly better food offering.

There wasn’t much to get excited about for this flight but I was interested to see what food they would offer.

As you can see the layout is the exact same as economy without any difference in seating. Another downside to this aircraft is no IFE or power outlets, which I find to be quite frustrating when you use up most of your phone battery trying to stay entertained.

The good news was the flight boarded on time and was relatively uneventful.

When it was time for food service it started with a pack of nuts and drink.

After the flight attendants came by with this service they immediately started distributing the food.

There were two options on this flight: chicken with potatoes or a dumpling as they described.

I was kind of board of the typical chicken dish on airplanes and decided to try the dumpling that was also their vegetarian offering.

The meal was served all in one tray and actually looked pretty decent. I have had good food on Lufthansa flights in the past including from Frankfurt to Bangalore but I wasn’t sure what to expect on a short haul flight of 3 hours.

The appetizer was sausage served with some sort of cheese. This dish was served cold with the combination of the cheese and sausage actually making it pretty good.

I couldn’t really make out what the dessert was and I didn’t really give it much of a shot. I don’t normally eat dessert on airplanes but i had a bit of a taste of this one.

It tasted similar to a panna cotta with some sort of pastry but I couldn’t say for sure. I would say it was a decent dessert if you have a sweet tooth and want something to cleanse your pallet after the meal.

Now onto the main course, the dish described as a dumpling. This one was interesting and not what I expected to receive.

It actually looked better than I expected and I was expecting it to be filled with something.

When I cut it open it was pretty consistent throughout and tasted mildly like potato but overall pretty bland. The sauce did help combined with the mushrooms and spinach to give it some flavor.

I was pretty hungry on this flight and didn’t mind eating the whole thing. I would say it beats the chicken dish, which I saw another passenger get that didn’t look too appetizing.

Overall this was a pretty short and uneventful flight experiencing the so called European Business Class. I would hope airlines had a different marking for these types of flights since the last thing you want is to book a business class ticket only to be met with an economy seat and slightly better food.