The Airlines With The Best Food in the Skies 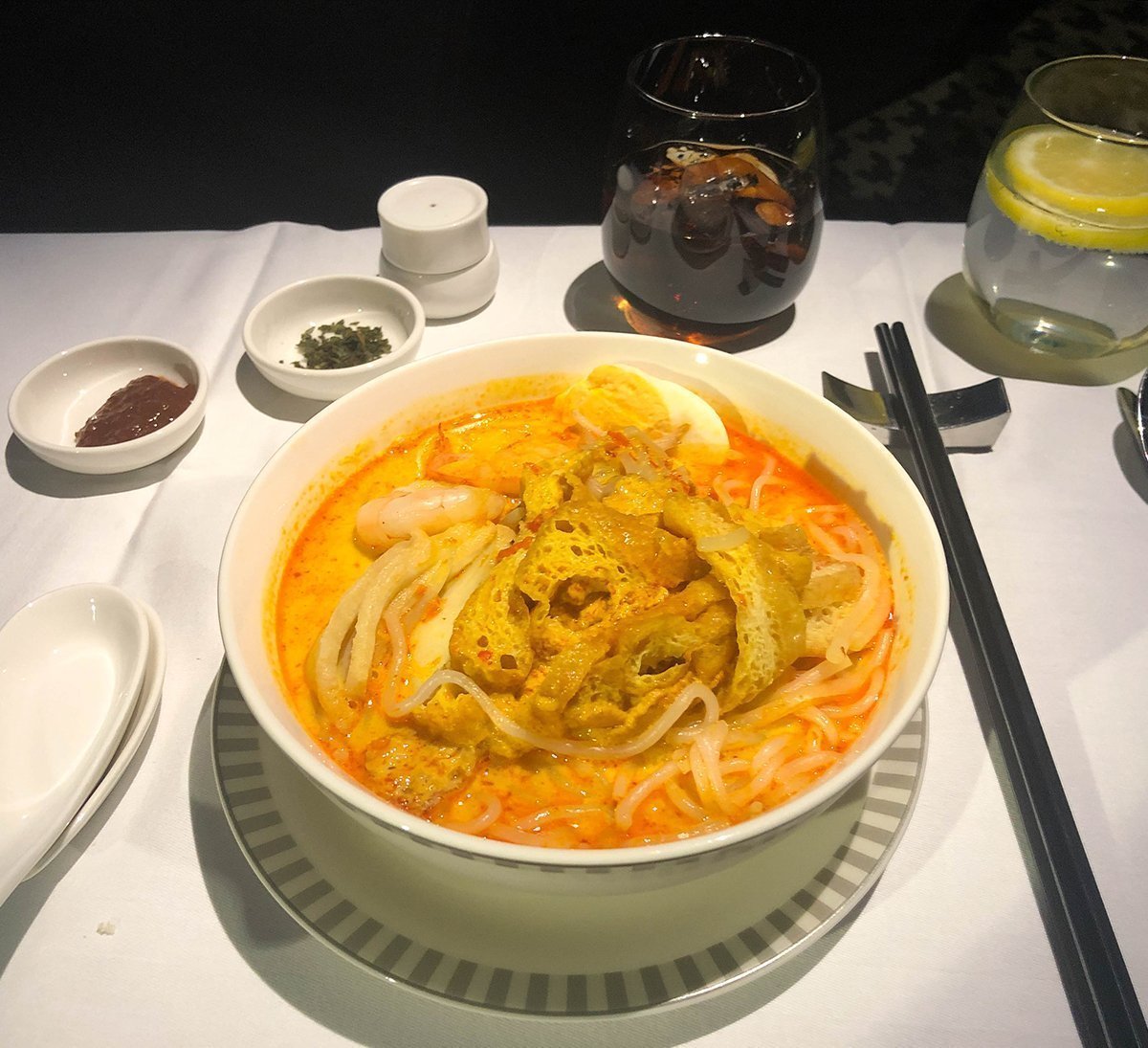 Food is such a critical part of the flying experience it can make or break an entire flight. Especially if you are flying in a premium cabin the food is often a highlight you look forward to.

We’ve tried a lot of good food from a Singapore A380 to United Polaris 787. Heck even lounge food has gotten a complete overhaul and is largely impressive these days.

Unfortunately though airline food has not always had the best reputation. In fact, most of the time it’s mentioned you hear of food mishaps or a picture of terrible food going viral. However, this times we are only focusing on the positives to understand which airlines offer the absolute best food in the sky?

Knowing how important it is to passengers, airlines have been investing heavily in their dining experience. Here are our picks for the airlines with the best offering both in their lounges and on board.

An easy way to start our list is with Singapore Airlines, world renown for their in flight dining. We got the chance to review both the business lounge experience at Changi Airport and on the longest flight in the world from Singapore to Newark. To say we were impressed is an understatement.

Singapore Airlines has a unique offering called “Book The Cook” that a few other airlines are starting to offer as well. The services allows you to choose from a ton of different selections 24 hours in advance of your flight. This is not just a pre selection of the inflight menu, but rather a huge range of options the airline will prepare just for you in advance.

Given Singapore Airlines operates out of Changi Airport, often renowned as the best airport in the world, it’s no surprise they are at the top of most flyers list when it comes to food.

Middle Eastern based airlines have always had a great reputation. Many of the carriers such as Emirates, Qatar, and Etihad, are frequently listed towards the top of the list of best airlines in the world. It’s no surprise they also rank high for their food service in their lounge and on board.

Like many others Qatar Airlines also works with celebrity chef’s to curate their onboard menus. Some of these include Nobu Matsuhisa, Tom Aitkens, Ramzi Choueiri and Vineet Bhatia giving them the opportunity to create traditional cuisine on select routes.

On their long haul QSuite routes out of Doha, Qatar serves up to an impressive 9 courses over that will leave you plentifully stuffed.

Given that Qatars QSuite is now considered the best business class product in the world, it’s no surprise that food plays a huge part.

Turkish Airlines is one of few airlines to always include an on board chef to serve passengers food on its flights. While actually cooking food may be limited on a plane its a nice touch to have a chef fully dedicated to making sure passengers enjoy their meals.

Depending on the route you can always count on having traditional Turkish specialties when on board. These include simit bread, pita, kebabs, and of course baklava.Not to be missed is the mezze served on board giving you a tasting of Turkey.

When it comes to food Turkish Airlines really stresses the importance of getting a taste of the culture. If you have a chance to fly you will certainly get your Turkish fix even before arriving!

The french have always been known as culinary masters and that has translated to the flagship airline Air France. From good wine to deliciously prepared meats or seafood, Air France usually excels during meal time.

To find out more information about Air France food or see whats on your upcoming flight see here.

Emirates is best known for providing multi course meals to all passengers on every flight with meal service. Yes that includes economy.

Being the flag carrier out of Dubai, which is known for its opulance, Emirates does not cut any corners.

The airline also invests heavily in their wine program spending over USD$700 million on its inflight program since 2007. If you are flying Emirates you can expect a first class experience no matter what cabin either in the lounge on the ground or up in the air.

Also not to go unnoticed is many Emirates flights contain a bar in the business class area! Make the flight feel like a lounge and the time fly.

To find out more information about Emirates food or see whats on your upcoming flight see here.

Etihad is another Middle Eastern carrier that invests heavily in their food program. Often times competing with Emirates and Qatar airways. From champagne to multi course meals there is nothing off the table when flying this airline.

Taking inspiration from their local cuisines you can expect delicous mezzes, kebabs, and finely made seafood. Even economy cabins come with uniquely crafted bowls giving you a taste of the middle east.

Don’t count out the caviar as well which the airline pulls out all stops for its premium passengers.

To find out more information about Etihad food or see whats on your upcoming flight see here.