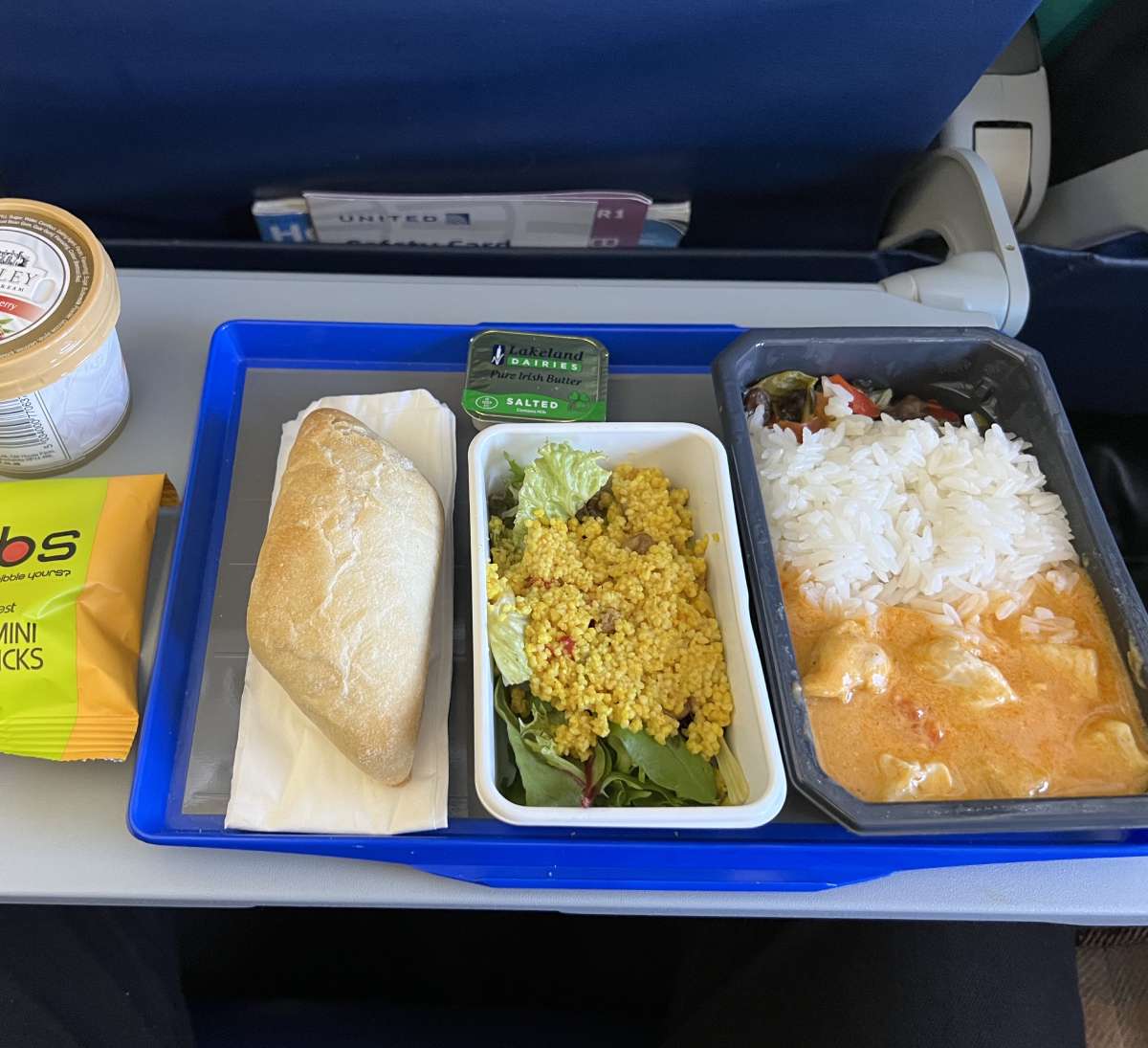 This is not something I thought I would ever even consider, especially for an airline that is known for their Polaris Lounges.

However, after a recent flight in United Polaris from Geneva to Newark, and after reading countless threads on Flyertalk about United food, it got me thinking.

United has recently been overhauling their Polaris food offering and I can say people are not fans. You can read countless stories online of people complaining about both the quality and quantity of food being served. There are also some passengers requesting economy meals in business class, something I never thought I would hear happen.

After recent trips of similar length in both United Economy and United Polaris, it got me thinking if the economy food was in fact better.

My most recent flight was from Geneva to Newark in United Polaris. A 9 hour flight that was departing around 9:45 AM.

Frankly I was pretty excited about United Polaris food given the last time I flew it from Newark to Frankfurt was pretty good.

However, this was the entirety of my offering on the 9 hour journey.

The flight started with the “brunch special” an option of an egg wrap or french toast. I was keen on the breakfast wrap and when I received it I was a bit confused.

This is the portion size?

The wrap barely fit in my hand and left me wondering where the second half of it went? Surely this must have been a mistake.

As I looked around the cabin and confirmed with the flight attendant this was in fact the correct portion. Even the fruit looked sad with only a few pieces being served.

This was considered the main meal on our flight and I couldn’t believe just how small it was.

After this meal it was a full 6 hours before another meal was served with the only option being a chip basket in between.

When the pre arrival meal was served the option I select was the burger wellington.

Now this serving was better than the main meal, especially the fruit, it still felt more in line with economy food.

Is this really the best United can do for passengers that are spending a few thousand dollars to fly business class?

The last time I flew United economy was from London to Chicago. Now this flight also departed early in the morning but they did not serve breakfast as the option for passsengers.

Here is what I was served in United Economy on a flight of similar length and departure time.

The meal included a Thai chicken curry, cous cous salad, bread, and breadsticks. For an economy meal it actually looked pretty good and I always like the comfort of ordering a Thai curry when flying.

The Thai curry was well spiced and with a little added pepper it actually tasted pretty good. The best part of this food offering is there was plenty given the flight time was about 9 hours.

About an hour or so before landing the flight attendants came through with a snack.

The only option was a hot ham and cheese sandwich on a pretzel roll. While this was nothing to write home about it did satisfy my hunger but was very much in line with the burger served in business class.

I’m not really sure what is up with United recently but their Polaris food offering desperately needs some work. Given these two flights of similar lengths I would absolutely choose my economy meal over the business class meal any day.

Considering business class quality should be better on these trips it was the quantity that left me scratching my head. Compared to other Star Alliance carriers like Turkish Airlines and Lufthansa, United is far behind in their food offering.

I unfortunately have United Polaris bookings in the future and I’m not sure what I will end up doing. If I had the option to change to another carrier I certainly will or I will pack food just to get me through the flight.

I hope that as more people continue to share their United Polaris food feedback we will eventually see a change but if you have an upcoming flight maybe its better to ask them for the economy meal.